Ask for a quote

For us, time means the source of consolidation about knowledge and experiences.

Founded in 1929 by César Castelão, “aPersistente”, had its origin in one small stationary store acquired by him, which was called “Havanesa”.

It started to be a very small typography in Chamusca, with just one print arm machine, an easel with types and a rudimentary guillotine.

In 1935, the activity started in a new installation, where the production had its commercial work.

After 1940, the business area extended to publicity, and also started a commercial relationship with the provider “Imprensa Municipalista” (I.M.), company that had its base in Lisbon and was dedicated to delivery of articles for public entities, manly graphic products, and then, I.M. became the best client of “aPersistente” very quickly.

The 40’s revelled in a period of fast growing and the company moved again to new installations, but this time to their own facilities, where there was an implementation of a modern park of machines and had, at that time, 30 employees.

In 1957, acquire “Imprensa Municipalista” as a result of the excellent relationship of complementary between this two companies, where the typography executed the products and I.M. had just the commercial department.

In 1973, has changed its social structure, passing for a limited liability company, with the denomination “César Castelão & Filhos, LDA”. The increase in management mirrored the growth of the company itself. Which culminated in 1987 with the inauguration of the current facilities, covering approximately 2.600 m2 of covered area.

Turning publicity into a very attractive business area, in 1991/92 the company carried out a very large investment in order to obtain a higher product quality and thus, penetrate in this market segment.

This investment covered not only the productive area but also the administrative area. In addition, the company understood that growth would always have to be accompanied by training and this component had an increased importance in the actions given.

Already in 1995, it realized a new cycle of investment that aimed at the updating of the computer system, improving the information within the functional areas.

Later, the company carried out a set of set of action aimed at resizing productive areas, but which directly influenced productivity, quality, organization and control of production, namely: functional and operational reorganization, based on the implementation of a system computerized production management and control system; the provision of technology in the fields of I&D and quality; the implementation of internal motivation system; and the improvement of the physical conditions of storage, in order to achieve a space optimization.

In 2001, “aPersistente”, pursuing the consolidation strategy of its products and customer loyalty, made an investment of 3.000.000€, with the purpose of producing articles of higher quality and greater added value, through the adoption of measure of technical and technological, functional and organizational modernization that enable the straightening of competitiveness in areas such as productivity, quality organization and productive planning, product innovation, research and development, diversification of product range and price competitiveness.

Recently, the company has continued to invest in sensitive areas of this industry, giving priority to the most important conjunctions of variables that the market demands: Price/Quality and immediate response capability. 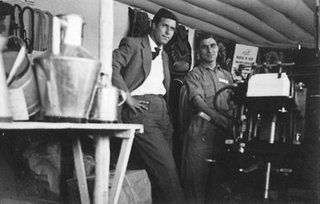 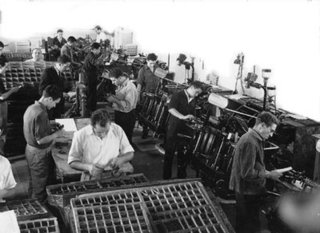